First Quest, All Aboard - Getting Started 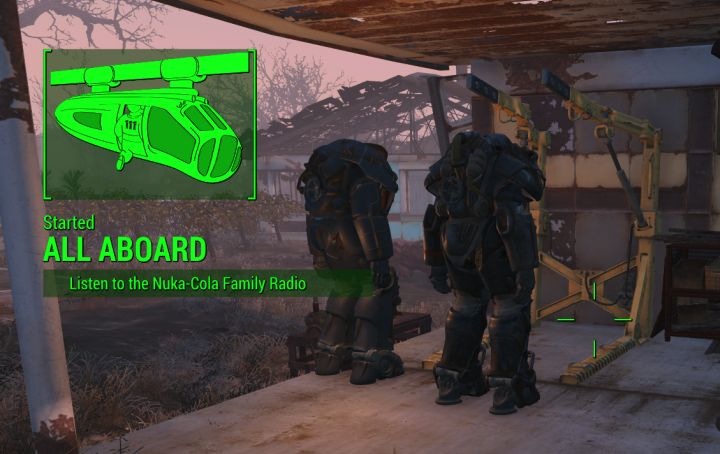 In order to start the Nuka World DLC your character should be level 30, though you can travel to the Nuka World Transit Center manually and start it before then (see below for a screenshot of its map location). Once you meet that level requirement, you'll be able to tune in to the Nuka Cola Radio channel on your radio (from the Pip-boy). Upon listening to this message, you should get the quest 'All Aboard' and get a map marker near the Sunshine Tidings Co-op Settlement, off the western side of the map (as with Far Harbor's Quests). 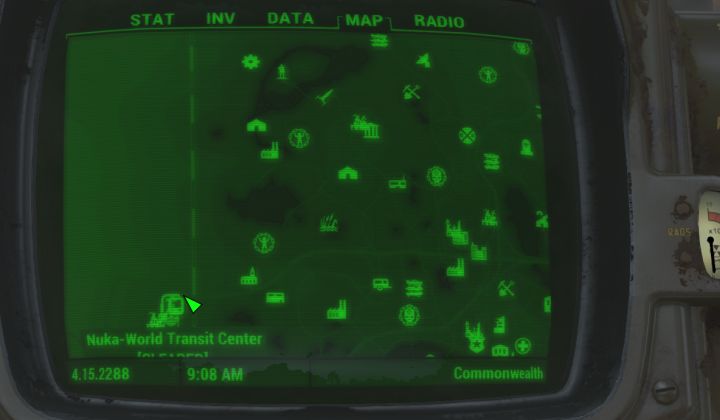 Outside the Nuka World Transit Center - this is how you get to the cola-themed amusement park.

Head to the Nuka World Transit Center and save as you enter the region. Before you can make it to Nuka World, you'll face the first challenge. At the Transit Center, you'll have to face off against some high-ranking Gunners, who are nothing to laugh at and even feature a couple Assaultrons that will come at you. Take out their legs, and never shoot them in the head while doing the opposite to the Gunners.

After watching a FO4 developer in a live stream shoot an assaultron in the head, I thought I'd remind people they're weak in the legs and you never shoot them in the head.

The Gunner boss investigating the Transit Center, Commander Kaylor, will stealth when engaged and seems to be near level 50 herself. You can actually use the ruined building to the left of the entrance to gain a height advantage for this entire fight. 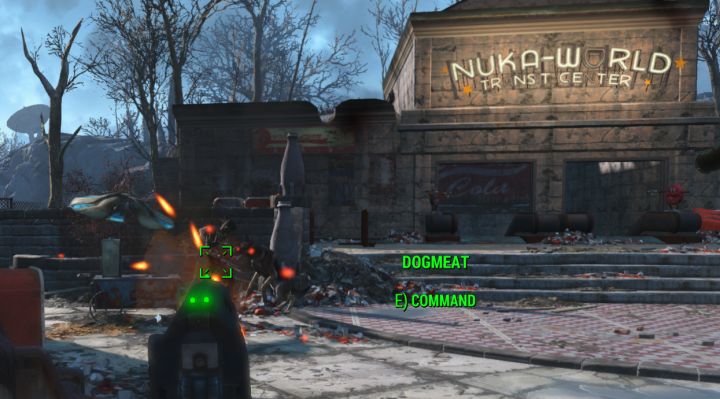 Dogmeat can be very handy when enemies cloak. This is the Nuka World Transit Center

Defeat all the Gunners or consider making a run for it and board the train. I don't recommend the latter, as the new area is going to be tough anyway and the Gunners serve as a bit of a gear and skill check so you do not get stuck. Once aboard the train you're on your way to the new area. It has its own map just like previous DLC, and is quite large. Before you can begin to explore this, however, you've got to run the gauntlet. A sick game setup by a Raider who is yet unknown. 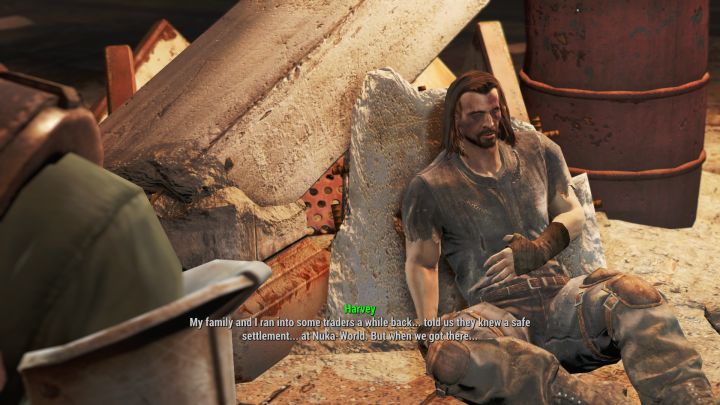 Whether you trust Harvey or not, you want to go to Nuka World, right?

Pass a speech check on Harvey once inside the transit center to get a somewhat different story, nothing major as far as I know. Either way, you'll get the control terminal password. Head to the back room for a computer and enable both primary and auxiliary power. 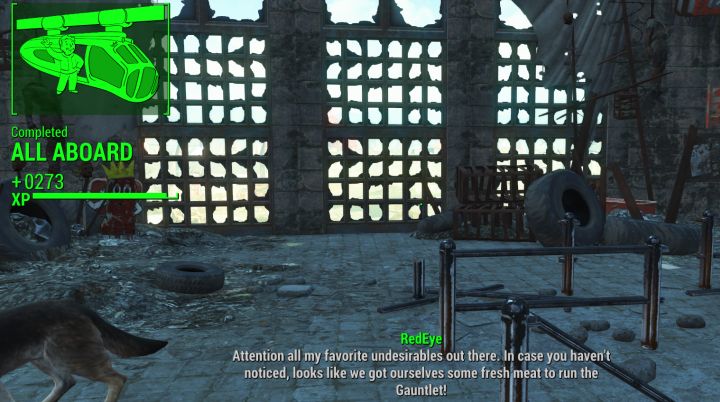 The All Aboard Quest is finished, time to start Taken for a Ride and The Gauntlet

Now board the train and it's off to Nuka World! The announcer will give you a brief tour, before the communications are taken over by a raider named Gage. Looks like Harvey just couldn't be trusted.

Next: Taken for a Ride Quest: The Gauntlet Walkthrough for Nuka World