Fallout 4's Nuka World comes with 11 new Perks you can get for your character. Seven of them are extra ranks for the SPECIAL stats, and thus available whether you choose to align yourself with Raiders or not. Three of the others require you to obtain significant standing with the raider factions. Here are all the new Perks you can get in Nuka World, starting with the benefits you'll get working for The Pack, Disciples, and Operators. The last perk is the ability to get a Companion Perk from Gage if he likes you well enough. There are a few more out there, from magazines and other things. 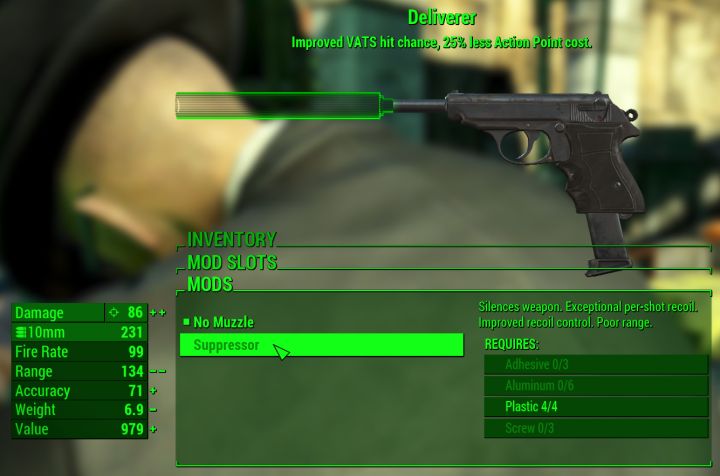 MINOR ENDING SPOILER (skip this paragraph if you care): If you choose to work with Raiders in Nuka World, one will always get upset with you, because you can't split the land evenly - this means you can leave one of the groups out and select two of the following perks for your character by finishing the quest line with Gage and others in Nuka-World. See more details in my Nuka World Endings Guide.

The Disciples' bonus perk is very beneficial for melee builds that utilize VATS. Any kills you make with a melee weapon will restore 'some' of your Action Points. From peeking at the game code, it would seem this gives you 25% of AP back on kill 100% of the time. The PerkID for Chosen Disciple is 6009C89.

Working with the Operators raider gang will be handy for builds that are stealth-heavy. When in the shadows, your character gets a 10% bonus to their sneak ability. Damage with silenced weapons (suppressor attached) deal 25% additional damage. This is not just when sneak attacking or in the shadows. With this Perk you'll get the benefit of having any weapon with a suppressor gain a damage bonus that works at all times. Its Perk ID is 6009C8b

Pack Alpha is quite an interesting Perk, particularly for melee builds as it gives you a 25% bonus to melee and unarmed damage. However, its secondary function is to provide increased damage resistance. This is not a flat amount, it actually takes incoming damage from energy/physical effects and reduces it by 25%. On top of your armor, this can be a huge bonus and may interest even non-melee players. Only problem is having to buddy up to The Pack! 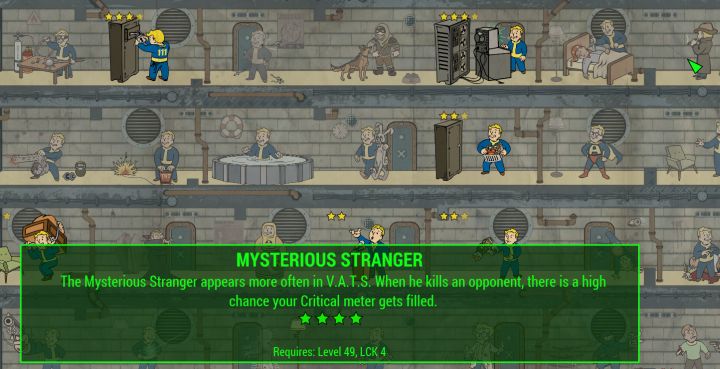 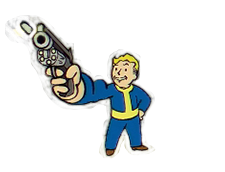 Requires level 49. This Perk is kind of a dud. It increases damage when you hip-fire with any type of gun, the only problem is it only multiplies damage by 5%. It'd be better to take Bloody Mess. Still, it is an additional boost to damage that can be stacked and steady aim has appeal to players who enjoy the gunplay in Fallout 4.
Other Strength Perks in Fallout 4 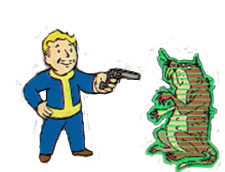 Requires level 14. Increases damage and hit chance in VATS by 5%. Awareness' second rank is actually kind of cool for a VATS build, but let's be clear - it's not adding +5 to your hit chance, it's multiplying it by 1.05. This means that an 80% chance to hit would become an 84% chance to hit. Not at all useless, but never reaching a +5%. If you had 30%, it'd make it only 31.5% for example. So the higher your hit chance already, the more additional chance to hit you will gain. Combined with the damage, an all-around good perk for a VATS build. You've just got to lose a point for the mostly-useless Awareness. At some point you know what creatures are best damaged by what types of weapons.
Other Perception Perks in Fallout 4 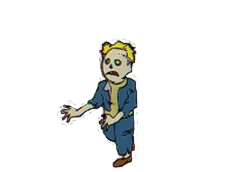 Requires level 50. Any character takes rad damage, but some have to get up close and experience more of it. While it could benefit anyone, a melee character that takes damage from enemies that cause rads on a regular basis will benefit most. Ghoulish was already kind of useful for healing lost hp when you have rad damage, but it would bring you up to the cap based upon how much radiation damage had been done. Ghoulish rank 4 takes that remaining rad damage and slowly begins to convert it back to health! Things can still harm you, but you'll only need to use RadAway if you can't wait out the natural healing process.
Other Endurance Perks in Fallout 4 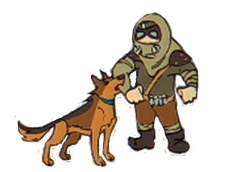 Requires level 31. While using Dogmeat as a Companion, you'll take 10% less damage. Since Lone Wanderer still works with Dogmeat, it's an awesome topper for a fairly mediocre boost to your canine friend.
Other Charisma Perks in Fallout 4

VANS Rank 2 requires level 36. You'll gain +2 to perception by taking it. Not many players are fond of this perk, as markers are always indicated for you, but for a person who wants to complete every quest it's helpful. Perception itself is helpful, though it only affects VATS and your ability to detect nearby enemies on the radar (as far as I could tell). This only affects your total perception, like a permanent drug. It will not unlock more Perception Perks for you.
Other Intelligence Perks in Fallout 4 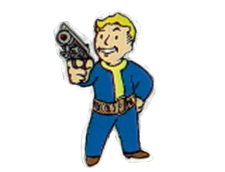 Requires level 40. With Quick Hands rank 3, you'll get +10 Action points instantly. It's like an extra agility point. Not a big deal, but not a complete waste of a point depending upon your build.
Other Agility Perks in Fallout 4 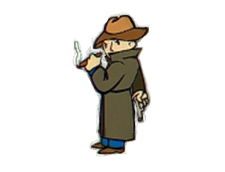 Requires level 49. The new Mysterious Stranger Perk rank further increases the chance he'll appear in V.A.T.S. and smoke your enemies. Additionally, the chance of it refilling your critical meter (refilling a full critical bar with Critical Banker).
Other Luck Perks in Fallout 4