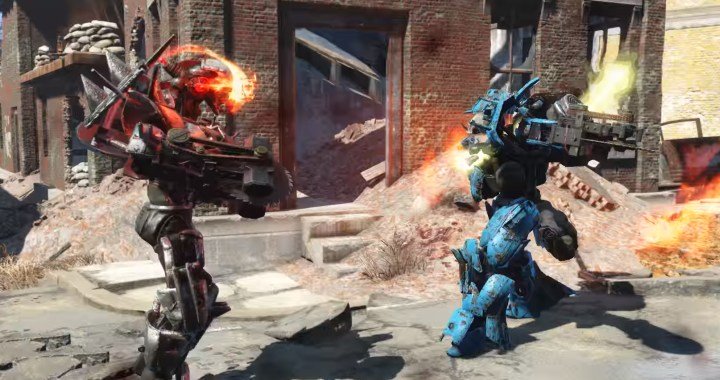 A custom-made robot in the Automatron DLC, which can be used as a robo-Companion. Automatron will let us make our own highly-customizable robots.


Fallout 4's Automatron DLC is available now in most countries. This Guide covers its major features. I cannot do so in-depth yet as I've just got my hands on it myself, but I'm providing some insight into how things work for players who are either new and inexperienced, or contemplating the purchase of this DLC. This section of the guide will be vastly expanded in the coming week. Automatron is available on all platforms - PC, PS4, and Xbox One.

An evil mechanist has unleashed a horde of robots across the Commonwealth and you're able to hunt them down while pursing the quest. The robots also wander the Commonwealth so that you can find them at random and collect new types of robot parts. Several quests are included, and given out by a new character named Ava. Robobrains from previous Fallout titles will return as enemies, and are just under a Sentry bot in terms of difficulty (depending what they are equipped with). They were convicts turned into cyborgs to be used for military purposes, and certainly fit in with the lore in this DLC - a maniac building robots would not be above such a thing.

Battle Robots to build Automatrons
Fighting the new robots will be a key part of the new DLC. We will hunt them for new schematics, which will in turn let us build better robots at the new Robot Workbench crafting station. Hunting robots will undoubtedly lead to other discoveries - marked locations we've missed, more wandering, and some interesting scenarios if they mix in with other enemies. That's a big selling point for me, but the next known gameplay feature is even more exciting. I may yet drop lone wanderer!

As you kill robots, parts will drop that can be found under Inventory > Mods. Once you've found one, you know the schematics and can then make that part at the Robot Workbench at any time. Gradually killing more robots, you'll eventually know how to make every part but still be hindered by your perks in terms of what you can and cannot build. Everything from Blacksmith (melee) to Science! and a dash of Robot Expert here and there are used. 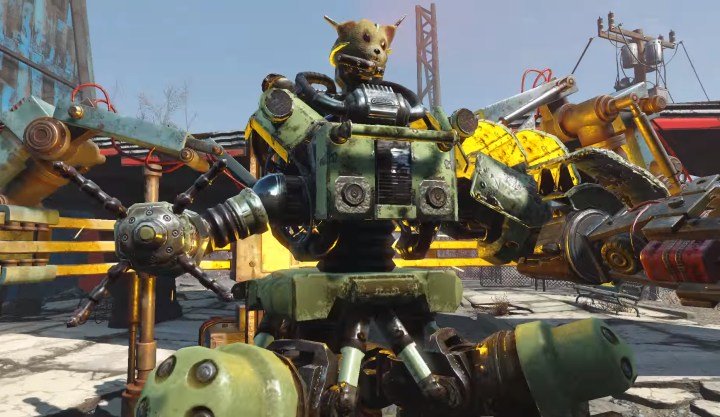 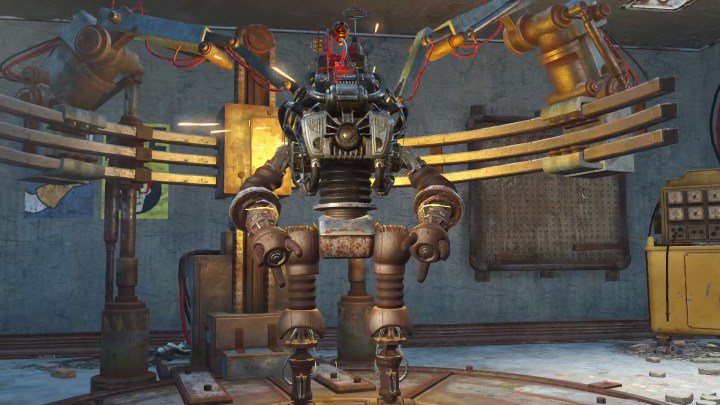 The Automatron trailer shows a new crafting station, where we can customize the parts that make up our robot, similar to a power armor station only with more variety in looks.

From killing the robots, you'll get schematics, scrap and parts that can be used to make your own, customizable robot - and they are quite cool as we can see in the release trailer. You are not limited to one creation, though only one can follow you at a time. Create different types and mix and match parts to make our own, unique companion for different situations. You could make one with high carry capacity and slow speed that functions as a pack mule, or a tank that battles in melee with high damage and energy resistance. Robots can also be healed with a new type of item (Robot Repair Kit), though Stimpaks will not work on them. You don't need to hotkey it, just walk up to the robot when it's crippled and press the button you would normally. They recover naturally just like other companions if you don't want to waste these. 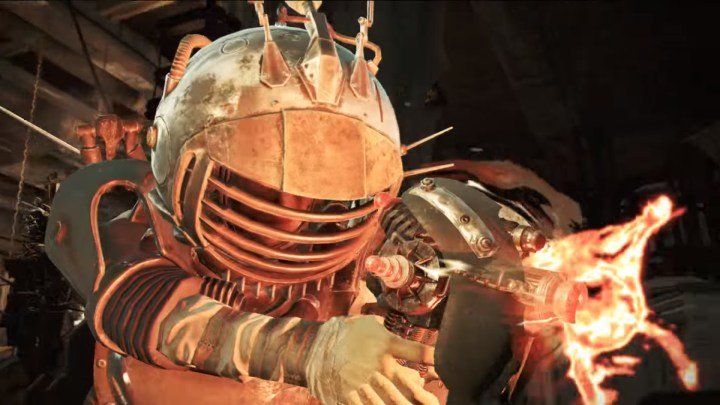 A glimpse at the new armor set in Automatron

There is a new faction to fight (not join) in the DLC - Rust Devils, along with a new Lightning Cannon (which functions as a rifle and thus benefits from Rifleman) and 2 new melee weapons (Mr. Handy and Assaultron Blade). An Assaultron head can be used as a pistol, firing the powerful eye beam that normally precedes the death of a character. You can outfit your robots with many types of weapons, but these are the kind you can use for yourself. There are also a few pieces of T-60 Tesla Armor that can be used, so a new kind of Power Armor, along with armor that drops from the Mechanist (and can be upgraded with ballistic weave), though you may not want to kill them to get it. Lastly there is a new type of normal armor - robot armor - which has a full set of arms, legs, and torso and is fully upgradeable like other armor.

Getting Started in Automatron

A guide to making Robots can be found here. I've written walkthroughs to Getting started in the DLC which will help clear up how some things work for players who are new, and set you on a path to collecting parts for your Automatrons. The third quest, "Headhunting, is also covered as well as the final Quest Restoring Order, in which you deal with the Mechanist. You'll find info on the rewards after completing the Mechanist story on this page: Mechanist's Lair, Rogue Robots and the Eyebot.