Solution to the Memory Game and How to Finish It

The final 3 DiMA puzzles - especially the last one - can be very difficult. The last is a whole new level of tough for most players, while the other mechanics are simple if you learn the basics.

So you do not think this is just text, I do have a full-res screenshot of the full solution below with descriptions for each step of the way

Once you access the terminal in the Children of Atom's base, however you did it, you'll have to hack DiMA's old security measures to access his logs. Each log tells a piece of the story which I will not spoil here. These are simply tips for Accessing DiMA's Memories. You'll be put into something similar to Fallout 4's Settlement construction mode, which acts as a kind of reverse tower defense game combined with Portal. You'll be filling gaps so the little data collectors can walk across to the data store, where they will get it in 20% chunks. You can expect resistance once you complete the path, so have defenses to place to bring down the system security. It's very odd, but kind of fun! If you fall off, you will not lose any progress, and if you have to leave it will let you return to the level that you were playing. There are 5 levels in total. 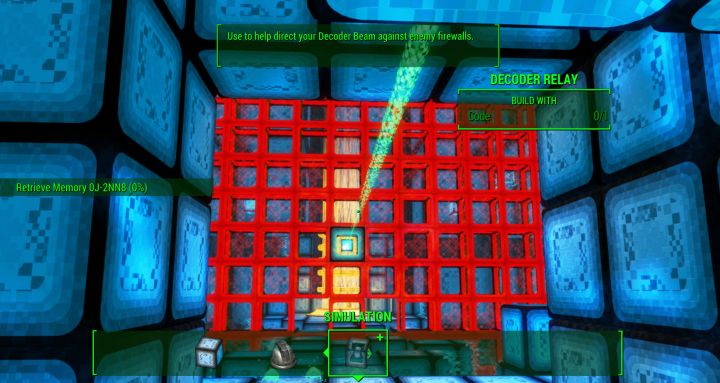 Apparently in computer hacking, this is a firewall weak point. Aiming a beam at it will eliminate it. 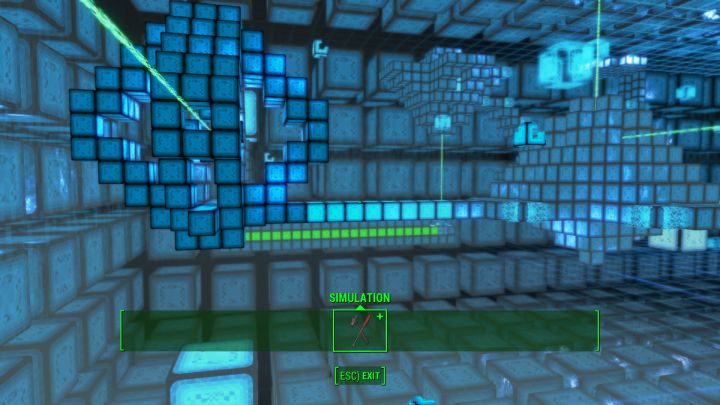 The last DiMA puzzle in Best Left Forgotten - your halfway mark is to get the beam redirected to the green blocks that change its direction and make it come out the other area. This involves bringing down a couple of firewalls. 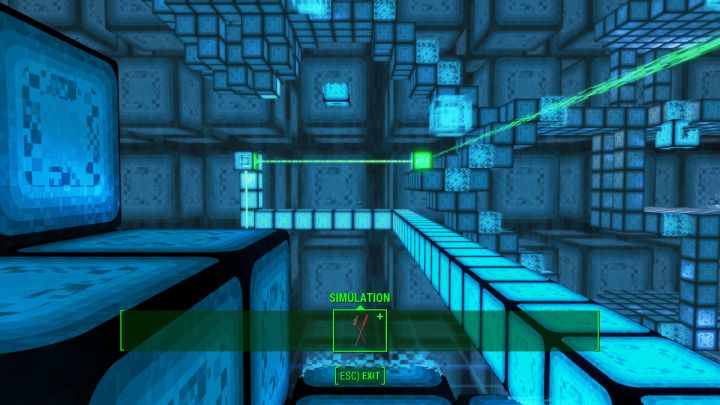 This is the final thing you need to build to finish this awful puzzle. See below for how the whole map will look 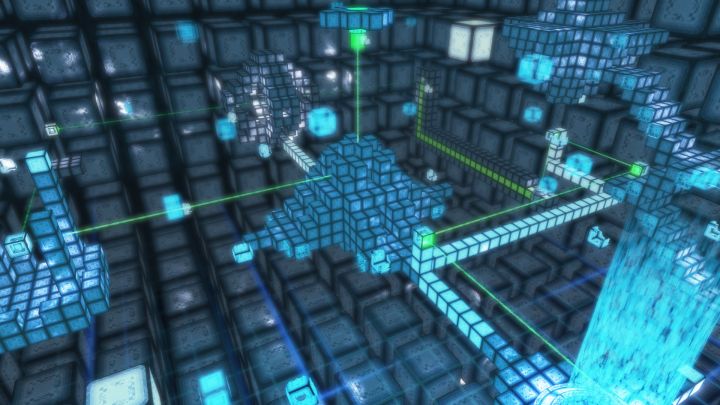 This is the path of the beam when the map is finished. Note the right side. We send it across.

When You're Done
If you came here for the puzzle, check my page about the Best Left Forgotten Quest and DiMA's Secrets (which mainly implores you to pace yourself) before you go talk to any faction leaders. You learn a lot about the Island's history from DiMA's memories, but I'll write no spoilers here. You can go further and begin uncovering the secrets of the Wind Farm, Nuke Codes, and Avery in Best Left Forgotten Part 2, part of my Endings Guide.

Tlasan
Beth screwed the pooch on this dlc too. When they gonna test their own stuff? First I couldn't select blocks in the puzzle and now after four hard resets I can but now I can't build turrets. This is game breaking.

1
Carl
I have to agree with you after hearing what console players have gone through with this one, should've been a larger beta I suppose. We play games to have fun not be frustrated. I found block placement clunky too.