XP Gains based on Intelligence 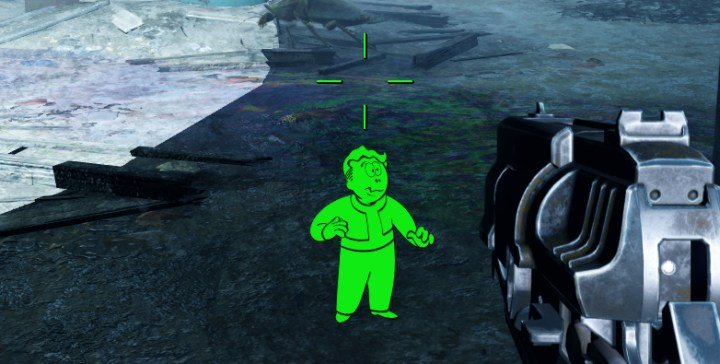 The Idiot Savant Perk's proc rate is based on your character's Intelligence. Is it Worth it? That depends on your perspective, difficulty, and build.

Idiot Savant is a Perk in Fallout 4 that gives low-Intelligence characters a means of gaining XP in large chunks - 3x to 5x - but entirely at random. The bonus XP can trigger from something as simple as picking a lock, to making a kill or even turning in a quest, which gives huge rewards when it happens (and you can certainly save scrape until it procs to make that happen). The lower the Intelligence score, the more often the Perk will fire, helping you to Level Up. The first 2 ranks are the main ones that people will wonder about - here are the benefits of the three ranks of this Perk:

Is Idiot Savant Worth it with Medium-High Intelligence?
Idiot Savant procs about 10% of the time at 2 Intelligence, 1.66% at rank 10 Intelligence - so it drops about 1% each rank in between, though there are decimal values at each rank. It stops dropping at 10 Intelligence, so more after that only increases your XP. Another thing is that the amount you get from Idiot Savant is multiplied by your Intelligence - so what you would've got with 5 int (15% increase) would then be multiplied by 5 at rank 2. I'm not one to reinvent the wheel, especially when something has already been done very well and extensively tested. This image created by Redditor minusra, details the XP gain percentage at various levels of Intelligence with the Perk at rank 1 and 2, as well as without the Perk. The original post is here. Even people who have difficulty reading charts should be able to see that the Idiot Savant rank 2 is always the winner in terms of Intelligence, even with up to 15 Intelligence (which would make it fire much less often, but give 45% additional XP on the action then multiply it by 5 - quite a boost, even for something mundane like building a decorative item in a Settlement).

From looking at the image it's clear the sweet spot is 4 INT, with almost 50% increase in average XP gains, though it gets better once you're past 10 Intelligence and gives about that rate even though the proc rate is very low. Considering how many actions a player takes, it will still go off enough to justify itself at high intelligence, increasing your average XP gained.

Some things to consider, particularly in high-difficulty games, is whether you should take this Perk at all until your character has well-developed combat Perks and heavily modified gear. I think that anyone who wants to max out a character should take it at some point to make the grind to 100+ easier, but rushing through levels early on causes enemies to level up with you and this may not be a good thing. Consider the scenario of taking it right away with 4 INT (at the sweet spot). You'll get to level 20 much faster than another player, but you cannot find as many items along the way, plus 2 valuable Perk points are invested in something that only boosts XP and does nothing for combat prowess.

For Melee, I think this is a decent Perk at any level as you just don't have as many useful Perks in Intelligence and will suffer from lower XP gains by min-maxing. Some players may want to take only rank 1 and gain a bit more without doing rank 2 until the character feels up to the challenge of higher level enemies, which seems to shift dramatically in the level 30-40 range. I think on normal and below it's not a big deal, but may be for some who are playing on Very Hard or Survival Difficulty.

Players who stay at low INT are probably the only ones who should take Rank 3. It's a chance on a chance, so the odds of it happening are rare with higher INT levels. When it does go off, you may get lucky. Something you could do in one of your Settlements when turning in a quest is get near to the quest giver, build things that don't require many materials until Idiot Savant procs, then turn in the quest for a guaranteed XP boost.