The Blitz Perk is amazing for Melee Fallout 4 characters who make heavy use of VATS in order to utilize crits and use the slowed time to their advantage in queuing up automated attacks. Here's a look at the two ranks of this high-agility Perk, see examples on the range increase, and how you can best use it to your advantage. 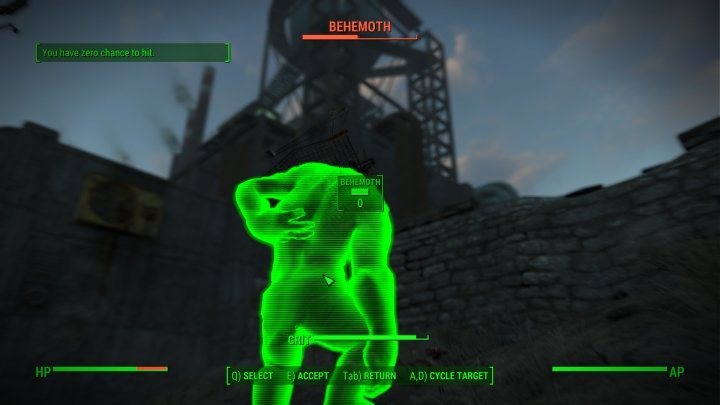 This Supermutant Behemoth is quite close, though I cannot target him in VATS with melee. He's just outside range, so it should give you a good idea how close you must be.

With Blitz Rank 1, I can go a lot further with my VATS targeting. 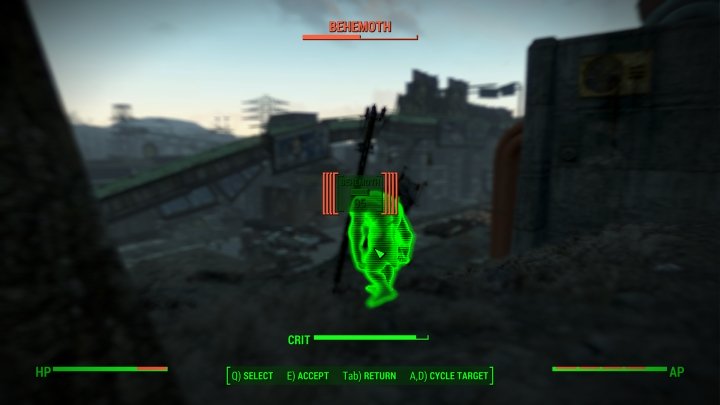 This is about one second before he steps outside range of Blitz. You can see it's huge, and the damage boost is exceptional. This is a sneak attack, so whatever blitz adds to my melee damage, it's going to be multiplied by 2 at the very least. 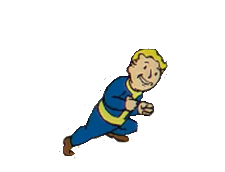 Blitz Build Ideas & How it Helps
So the first Rank itself is quite useful to Melee players, because they will be able to target more enemies at once in V.A.T.S. and jump between them without actually moving from target to target manually. Your character is just 'there'. That's the only drawback of this Perk - I didn't see my character fly through the air and strike, he just... teleported. Regardless, Rank 1 doing that alone is very useful in large fights so that you can chain up attacks and may make Fallout 4's survival difficulty a bit more doable for Melee players, especially those who sneak, because of the first hit getting the sneak attack bonus. It's strategically appealing, just not jaw-dropping.

Rank 2 is where this Perk begins to shine. Not many Perks deserve to be called 'amazing', but Blitz certainly does at Rank 2, where it gives a damage boost based on the range from your target. I did some tests measuring the pixels for one strike in VATS at nearly max range and close-up, and took sneak attack off so that it wouldn't mess with my results. Close-up, where Blitz wouldn't be a factor, it measured 11 pixels. Far away, near Blitz's max range in VATS, it was 25 pixels. I'm theorizing this Perk on Rank 2 can do +150% of normal damage, double damage at a mid-range Blitz, scaling based on the distance. If you were going to hit for 100, and Blitz was at maximum range, you could instead hit for 250.

With Sneak, this gets really wicked. Even players who are not highly skilled in sneaking, just having taken a couple of points and the 9 agility required for Blitz can get within range to pull off a Blitz sneak attack that multiplies the blitz damage by 2 - so 500 damage.

I don't know the HP of the Behemoth in the Screenshot above, but I can tell you that with an unmodified Super Sledge, Blitz, and Ninja at max, I was able to take him from 50% to 0 in one strike due to this multiplication of damage, and this is a high level Behemoth. With a Crit, it would've been even better - most likely 100% to 0 in one strike! It's worth saying that my test character has nothing special, no melee damage perk boosts, so the base damage of his weapon could have been higher through A. modifying it at the weapons workshop with Blacksmith, then B. having that amount multiplied by the Big Leagues Perk.

I suppose I've rambled enough about Blitz and how great it is, I imagine many players will want to incorporate it into Melee builds. Try to target enemies after your first who are most distant, because they too should get the Blitz damage boost, making your AP expenditures go much further.