Aside from the Marine Armor which will remain as a miscellaneous quest for you, finishing the Best Left Forgotten Quest requires you to get three things from DiMA's past: the nuclear launch codes, wind farm kill switch, and learn what truly happened to Captain Avery, the leader of Far Harbor. These three powerful pieces of information greatly influence the ending of the DLC and your options in using or not using them. You can do these in any order, though I believe the most important bit is the hidden medical facility, so I'll write about it first. You can complete 'Best Left Forgotten' with just this part.

To be 100% clear, you do require all of this to wrap up 'Best Left Forgottten'. The first leads to one branch of choices, and each additional gives you more options. 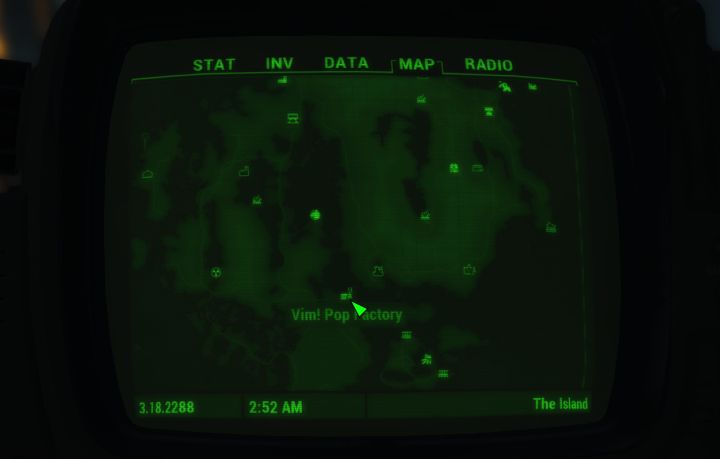 Supermutants have taken over this place, and it's fortified very well. Expect to fight, and fight hard, to get to DiMA's secret medical facility. You'll first go to the roof, then down into the factory itself and finally to an elevator that takes you to DiMA's lab area. I encountered several tough supermutants, including a suicider on the roof. Once you're past the elevator, the area you need to dig up will be obvious, and 3 items will be found. 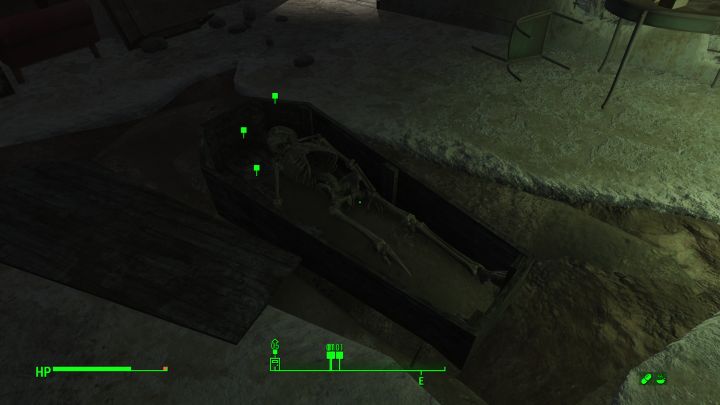 December's Child and Vim! Power Armor Paint Job
You should continue from here, though you have all the evidence that you need. You've now got the ability to speak to Kye 1.1 in order to gain access to the lab itself. With Nick Valentine with you, it's easy acccess. Without him, it's worth trying, because you can get December's Child, a legendary Combat Rifle which basically has the rapid prefix and uses 5.56mm rounds instead of .45 caliber. 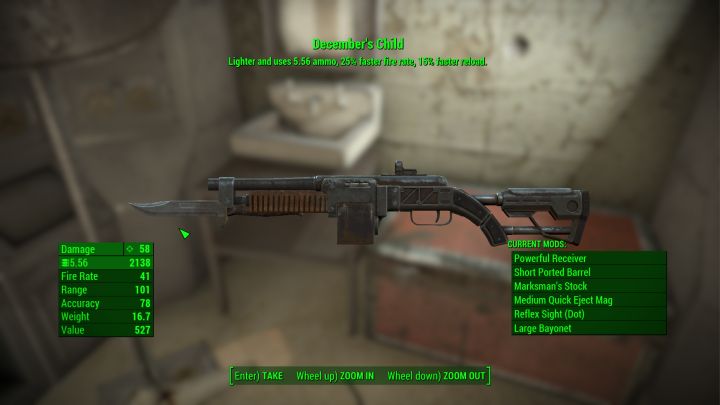 December's Child is an unique combat rifle - not too great, but one more for the collection

On the way out, you will spot a Vim-themed suit of Power Armor. You can choose to take it or else leave it and get the schematic for the paint job from the computer terminal in the same room. 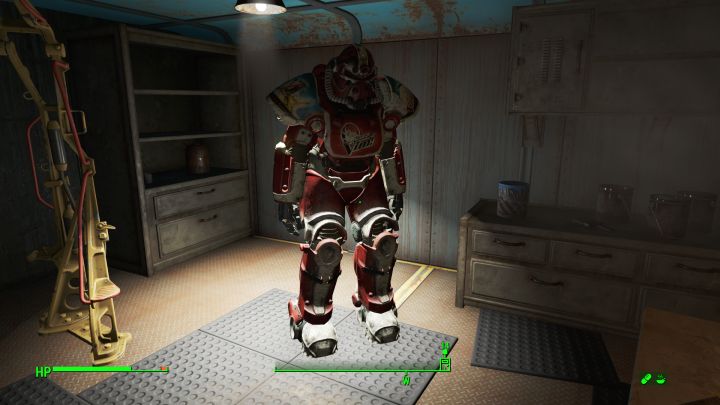 The Vim Paint Job in Fallout 4

With the evidence of Avery's Murder, you can now choose from a variety of options and possibly end the story with only that. Going further or completing a less peaceful ending requires the wind farm kill switch and/or nuclear launch codes. 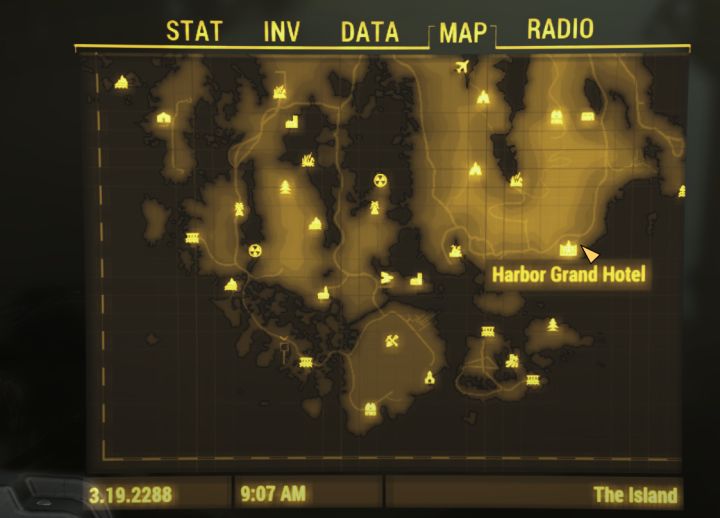 Going to the Harbor Grand Hotel is but a step in narrowing down the actual location of the nuke launch key. You must go there first, encounter more Supermutants, and then finally get to go to the boat where it's really located. After this step, you'll be sent to a boat on the southwestern coast of The Island near Fringe Cove Docks. 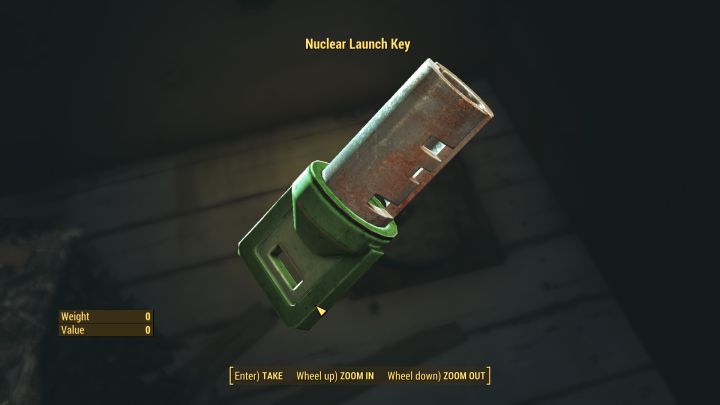 The Nuclear Launch Key has multiple uses - you can even con the Children of Atom into using it purposefully.

The area you need to go is underwater, but you already have the boat's safe combination from listening to the holotape at the Harbor Grand. Inside the boat is a simple safe, and bam - nuclear launch key. Not nearly the security you might expect.

You can use this key for multiple purposes. It's best if DiMA is alive as he will be able to give you a bit more backstory, but ultimately you can use it to destroy the Children of Atom. This is not an optimal outcome as far as keeping factions open, unless you're really done with all of them.

You can effectively destroy Far Harbor with this Kill Switch - disabling their power disables the Fog Condensers that protect them.

The Wind Turbine Kill Switch objective is easiest of the three, though you will find yourself in an area hot with Anglers. Approach cautiously, and it's no big deal. Dig up the area where DiMA buried the secrets and get those codes. You can then use or safeguard them from others.

When you've wrapped up the faction storylines, whether you got all the kill switch or launch codes, the Best Left Forgotten Quest will finish. This is pretty much when there's nothing left to do. If you want to wipe out all 3 factions, you should make sure that you got both of the codes you need to disable the turbine and launch the nuke at the Nucleus.

However
If you do things in the way I specify in my endings guide, you would not use those. The best ending is arguably the peaceful one. At least for most players. If you've bought and done everything with all the factions, it truly does not matter. You can be rid of them and establish up to 4 Settlements on the Island and adventure out to kill creatures there as you gain levels.