Strategy & How Best to Use It 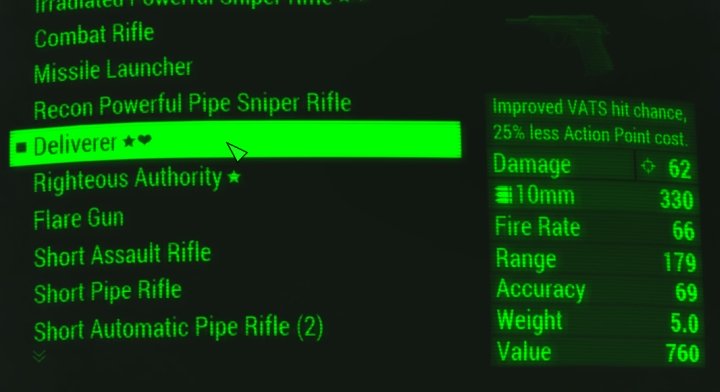 Gunslinger boosts pistol-class weapons' damage and range significantly. This is closer to a sniper rifle than a normal handgun.

The Gunslinger Perk is one that heavy V.A.T.S. users will want to invest in, because pistols generally cost the least to fire. Whether in VATS or not, the damage and range boosts are incredibly helpful, especially when combined with weapon mods. Let's learn a bit about how this Perk works, and how we can make best use of it. Here are the five ranks of the Gunslinger Perk, their requirements and in-game descriptions: 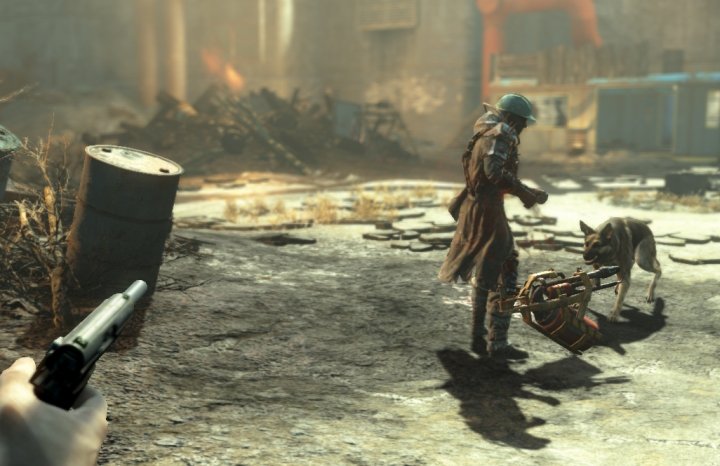 The Gunslinger Perk will make enemies drop their weapons fairly frequently. It takes them a bit to pick them back up, allowing you to focus on someone else or finish them off without taking any further damage. 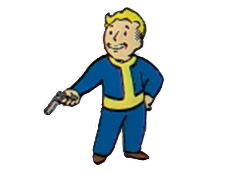 Damage and Range Boost Amounts
What counts as a pistol? Anything non-automatic, with a pistol grip - even energy weapons - any guns that do not qualify as rifles or big guns. The damage bonus is obvious and stated: by rank 5, you'll have doubled the damage of your weapon. Ranks 2 and 3 are the most helpful here, boosting damage by a further 20% each, but even better boosts to a weapon's effective range. The range boost is 25% per level, so 50% if you take Rank 3. This has huge implications on your performance whether doing things manually or using VATS. You'll have much better accuracy at a 50% improved range, meaning that you can use pistols much further away and see numbers in the 90s in terms of accuracy, something you'd normally need a rifle to do. With heavy investment, a Pistol with a scope and long barrel may even function as a Sniper rifle for you.

The bonuses are based off the weapon's totals (including mods), so if you attach a scope, it will give you an even larger range boost. Same for damage, and both are visible when inspecting the weapon. It's a damn fine perk and goes wonderfully with Gun Fu.

Disarming - The third component of this Perk will randomly (around 5% rank 4, 10% rank 5) disarm an opponent. Curiously, this doesn't matter which limb you're aiming for - I disarmed this Forged using shots to the leg to test it. 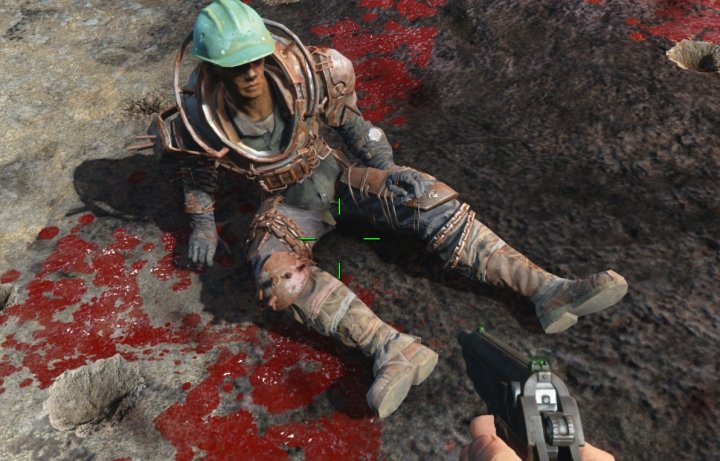 I crippled both of her legs with the Gunslinger Perk, so all she can do for the moment is sit there. If you aim for arms, whether the disarm/cripple triggers - either one - you'll get more out of the Perk, because they will either drop their weapon or lose accuracy. Of course, your effective range for headshots is massively increased with Gunslinger, so there's that option as well, and the one we'll use most.

Crippling Limbs - Normally, you must deplete the health of an opponent's limb in order to cripple it. This adds an extra component in that the health of that limb may be instantly depleted with a 7% chance of this happening - very, very helpful for high-health opponents. Overall the Gunslinger Perk is awesome, and will be very handy for those who want to play with Gun Fu, getting the most use out of that Perk by ensuring more enemies are in range to use its bonus effectively, and at the same time may cause some opponents to drop their weapons or suffer crippled limbs. Great stuff!